The interpretation of the rules, however differs between the Mahayana and Theravada traditions. The Theravadins, especially those from Thailand, claim to observe these rules to the letter of the law, however, in many cases, the following is more in theory than in actual practice. The Mahayana Sangha interprets the rule not to take food at an inappropriate time as not meaning fasting from noon to sunrise but to refrain from eating between mealtimes. The fasting rule would be inappropriate, from a health angle, for the Sangha living in cold climates such as China, Korea and Japan. When one examines the reason that this rule was instituted initially, the conclusion may be reached that it is currently redundant. It was the practice in the Buddha’s time for the monks to go to the village with their bowls to collect food. To avoid disturbing the villagers more than necessary, the Buddha ordered his monks to make this visit once a day, in the early morning. This would allow the villagers to be free to conduct their day to day affairs without being disturbed by the monks requiring food. Today, of course, people bring food to the monasteries or prepare it on the premises so the original reason no longer applies. As many of you would be aware, in some Theravadin countries, the monks still go on their early morning alms round, but this is more a matter of maintaining a tradition than out of necessity. Also, a rule prohibiting the handling of gold and silver, in other words – money, is considered by the Mahayana Sangha a handicap were it to be observed strictly in today’s world. They interpret this rule as avoiding the accumulation of riches which leads to greed. Theravadin monks tend to split hairs on this rule as, although most will not touch coins, many carry credit cards and cheque books.
Despite the theory surrounding Buddhist business practice, greed still seems to be the order of the day in many Buddhist countries. In Thailand, a monk in the north, Acharn Ponsektajadhammo, has been leading a campaign against the environmental vandalism of the timber industry. Tree felling in Northern Thailand has caused erosion, flooding and has economically ruined small farmers. For his environmental efforts, Acharn Ponsektajadhammo has had death threats and was recently arrested. In Japan, another country where the majority of the population is Buddhist, the killing of whales and dolphins is still prevalent. Animals seem to find no place in the group culture of Japanese society. Almost every Westerner knows that the Christian Bible has 10 famous commandments. “Thou shalt not kill”, “Thou shalt not commit adultery”, and so forth. Well, Buddhism has some very famous rules, too, but it appears that some purveyors of Buddhism seem to be playing rather fast and loose with those rules.
The answers all depend upon who you talk to. More liberal forms of Buddhism say no problem, conversely, Thai Buddhism says just: No! This is a fascinating debate. 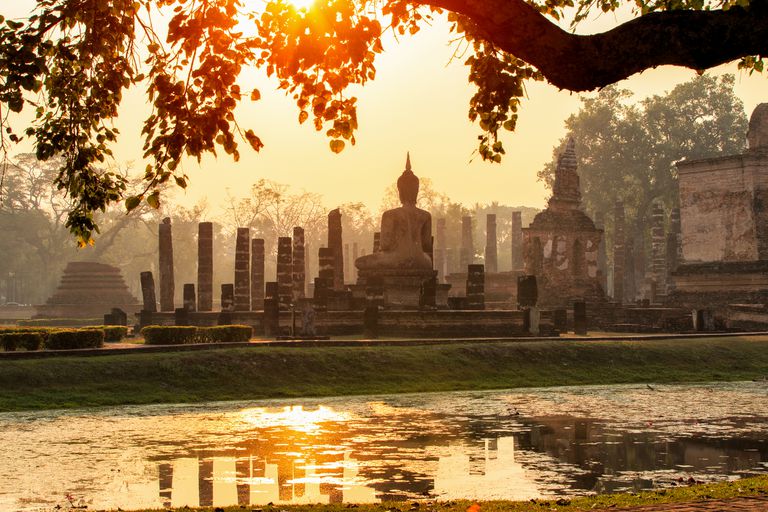 Buddhists don’t have just one set of Precepts. Depending on which list you consult, you might hear there are three, five, ten, or sixteen Precepts. Monastic orders have longer lists.
Most religions have moral and ethical rules and commandments. Buddhism has Precepts, but it’s important to understand that the Buddhist Precepts are not a list of rules to follow. 4. to abstain from false speech
In the case of humans the killing is the more blameworthy the more virtuous they are. Apart from that, the extent of the offense is proportionate to the intensity of the wish to kill. Five factors are involved: a living being, the perception of a living being, a thought of murder, the action of carrying it out, and death as a result of it. And six are the ways in which the offense may be carried out: with one’s own hand, by instigation, by missiles, by slow poisoning, by sorcery, by psychic power.

Some people find that they are more comfortable stating the precepts positively because they find it more inspiring. Likewise, some people have crafted their own expanded or elaborated positive version because it adds momentum to their mindfulness in daily life.
1. To the best of my ability, I will protect and support life and encourage the fulfillment of potential for love and understanding in others.