Emily Carroll is the reigning queen when it comes to creepy, interactive horror comics. “His Face All Red” is one of her best. If you like fairy tales that twist around and make you feel a little queasy, this one is for you.
Poppy Z. Brite is a master at weaving together horror and magic and passionate love to create stories like “The Ash of Memory, the Dust of Desire.” So if you’re looking to read about steamy romance and half-rotted corpses in the very same story. this is the one for you. Some time later, after this period of our history known as the Age of Peace, She dropped a bombshell on us. She warned us that Heaven was almost full. Nobody had gone to Hell during this Age. There were a fixed amount of spots left. Paradise would be closed to all who died after the Gates close.
There was no pearly gate.The only reason I knew I was in a cave was because I had just passed the entrance. The rock wall rose behind me with no ceiling in sight.I knew this was it, this was what religion talked about, what man feared .. I had just entered the gate to hell.I felt the presence of the cave as if it was a living, breathing creature. The stench of rotten flesh overwhelmed me.Then there was the voice, it came from inside and all around.”Welcome””Who are you?”, I asked, trying to keep my composure.”You know”, the thing answered.I did know.”You are the devil”, I stuttered, quickly losing my composure. “Why me? I’ve lived as good as I could”.The silence took over the space as my words died out. It seemed like an hour went by before the response came.”What did you expect?”The voice was penetrating but patient.”I don’t know .. I never believed any of this”, I uttered “Is that why I am here?”Silence.I continued: “They say the greatest trick you ever pulled was convincing the world you don’t exist””No, the greatest trick I ever pulled was convincing the world that there is an alternative””There is no God?” I shivered.The cave trembled with the words: “I am God.”

I check into small hotel a few kilometers from Kiev. It is late. I am tired. I tell woman at desk I want a room. She tells me room number and give key. “But one more thing comrade; there is one room without number and always lock. Don’t even peek in there.” I take key and go to room to sleep. Night comes and I hear trickling of water. It comes from the room across. I cannot sleep so I open door. It is coming from room with no number. I pound on door. No response. I look in keyhole. I see nothing except red. Water still trickling. I go down to front desk to complain. “By the way who is in that room?” She look at me and begin to tell story. There was woman in there. Murdered by her husband. Skin all white, except her eyes, which were red. 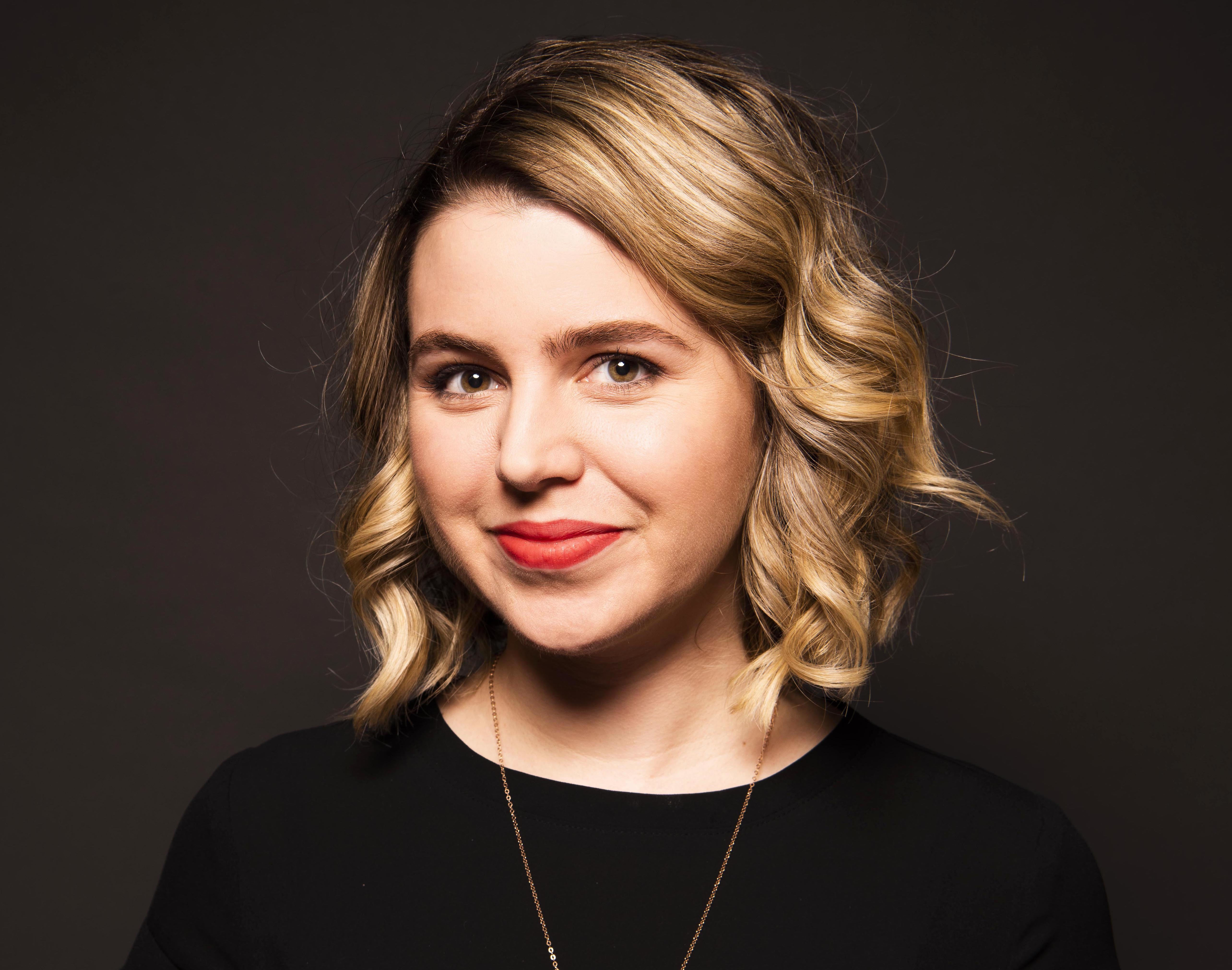 James is known primarily for nuanced, densely written novels of New England and European society, like The Portrait of a Lady. In this famous Gothic short story, however, things get spooky. The story, told by a young governess, is set in the English countryside at a family estate. The governess has been hired to care for the young niece and nephew of her generally absent employer, and though she finds them adorable, their behavior soon begins to concern her. Are these just badly behaved kids, or is the house haunted by malevolent ghosts? James doesn’t seem sure himself, and the ambivalence will get under your skin like nothing else.
Werewolves often stand in for wild, savage male power in fantasy fiction, but in Palwick’s quietly horrifying story, the werewolf narrator, Gestella, is a woman made all the more vulnerable to the threats of modern life by her condition. She’s brought to America by her 35-year-old lover, Jonathan, who loves her wild beauty at 14 and who takes her on long walks during her wolf days each month. But, like a dog, she’s aging fast ― each year she’s seven years older than the last, and as she ages rapidly she sees his waning love for her happen all at once. Heartbreak, as it turns out, is the least of her problems.

The man sat in the police station with a blanket wrapped around his shoulders and a coffee mug resting in his hands. He did know one thing. There had been a dead body in his ceiling, and the water had saturated it so badly that it caved under the weight. So far, the body was unidentifiable due to the rainwater and was being autopsied. While the man waited, he called his landlord and finally reached him, panicking as he explained the situation. His landlord was just as alarmed, and the man pleaded for him to come to the station while he made his statement. The man paused as a detective crossed over to him, and he lowered his phone, wondering if the body had been identified. His blood ran immediately cold, and he shook his head with terror. The body belonged to Richard Thompson, his landlord, and he had died over a year ago. That’s not what disturbed him the most. If his landlord was dead, then who was pretending to be him? (Source)
At first I thought Ollie woke up in the middle of the night and screamed because he’d gotten scared. Then, the sound echoed through the tiny room again and I knew it wasn’t a normal cry.

MS Waddell – The Little Girl Eater (1964)
A man is trapped by a falling girder under a pier on a beach. The tide is coming in. He sees a little girl, who goes for help – but her mother’s lover tells her that this is the Little Girl Eater, who lives under the pier. This seriously mean-spirited and unpleasant tale is a bit of a curio. It’s credited to “Septimus Dale”, but seems to have been written by the Belfast children’s writer Martin Waddell (who borrowed the pseudonym from a character in Leslie Charteris’s Saint novels). One of the nastiest stories ever written. It’s sensational.
Edith Wharton – Afterward (1910)
An American couple moves into a grandly dilapidated Dorset house that is haunted by a ghost which, they are told, you only recognise as one long after the fact. Edith Wharton is by far the best-known, most straightforwardly canonical writer on this list. But, like Henry James, with whom she is often associated, she was drawn to the ghost story, as well as to tales of American cultural encounters with Europe. Afterward is both. It’s another unforgettably uncanny tale of precognition, but it is also a politically thought-provoking story with a serious economic point of view. Ned Boyne, who has retired to Dorset from the US after making his fortune in mining, is writing a book on “the Economic Basis of Culture”, and may have come to his life of cultured leisure through a fraudulent business deal which had tragic consequences. 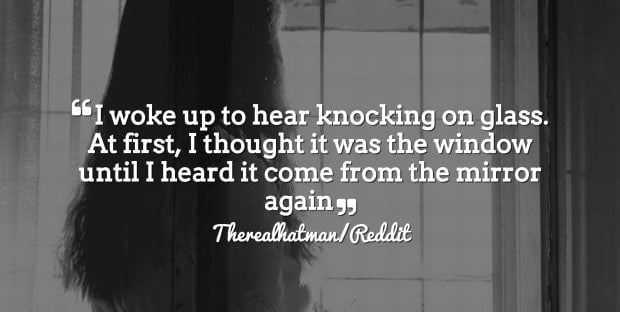 Sometimes the very best short ghost stories are those that include a sense of creeping dread, or that tingling sensation where you’re not quite sure where the story is going to go or where it is going to end. Filling in the blanks of a story with your own thoughts from your own experiences is what can make these ambiguous stories even creepier… so where will these stories take you?
This short tale starts benignly enough, with a friendly-seeming ghost playing with children, but when you learn the origins of the ghost – and just why the ghost is moving the object around the room, it quickly gets a lot creepier. Submitted via Reddit by Scoopwhoop: Adapting “Survivor Type” for the small screen is no small task, but we can be pretty confident that Creepshow has the right man for the job. The Walking Dead executive producer and special effects makeup guru Greg Nicotero will direct the episode that tackles “Survivor Type,” and he is also on board Creepshow as creative director and producer.
“Survivor Type” is written in the form of a diary by a disgraced surgeon going by the name of Richard Pine. First published in 1982, the story follows Pine after his cruise ship sank somewhere in the Pacific, leaving him with few supplies beyond the large amount of heroin he’d been attempting to smuggle on the high seas.

STORY 5: One Of Nine
CREEPY STORIES – Here is a compilation of some of the most disturbing and creepiest stories you might want to know. These are must-reads!

Hydrophobia is a creepy little ghost story. I thought this one was really good.
This is a series of horror short stories.