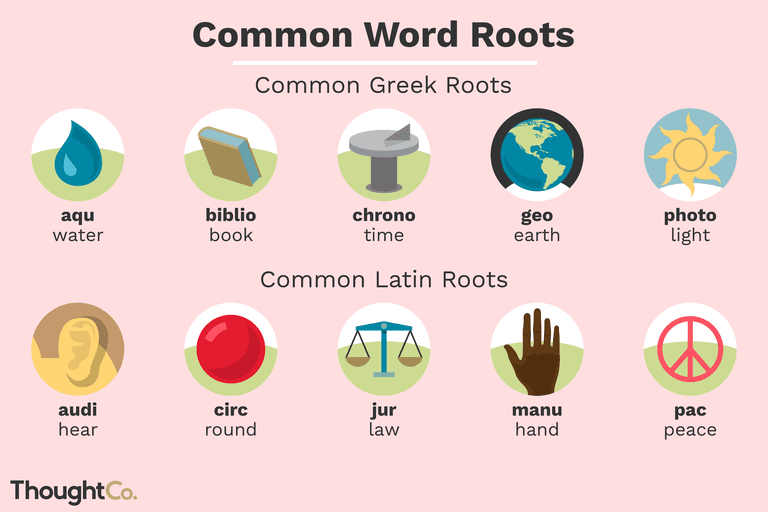 automatic, automate, autobiograph
Because several modern languages share some of the same ancestor languages, it’s not entirely uncommon for several related languages to share root words. For instance, the Latin root voc, described above, is shared by several Romance languages. Connections between languages can be found in the shared roots between them, although one always has to be wary of false cognates – that is, words that sound like they have the same roots (and thus related meanings) but actually don’t. 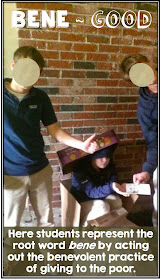 Here are a few of my students’ root-word photos:
“Why would I ever need to speak Greek?”