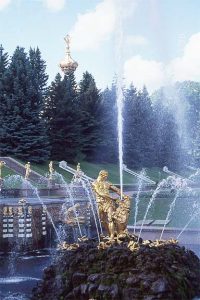 During the communist era, Russia’s culture expressed a unique flavor that few people on the outside had the opportunity to experience due to its closed borders. Today it is possible to witness the residual remains of this unique culture with the older generation along with the dynamic views and lifestyles of the new generation. Russia’s political, social, and economic changes have forced its people to reevaluate and readjust their lives thus modifying the culture.
New opportunity and freedom have created a new enthusiasm and excitement which can especially be seen in large cities like St. Petersburg and Moscow. Russia had been, for a long time, intrigued by Western culture and economy and inspired to transform itself by restoring, rebuilding, and rewriting the political, economic and cultural structure in which it had existed for so long. With the end of communism, the Russian Orthodox Church, which has always existed as a background, secondary part of the culture, is beginning to be realized as a prevalent part of many Russian lives. New restaurants, office buildings, and service establishments are being built or restored to add to the changing economy of the country.

During this tumultuous time of change, Russia must experience the growing pains inherent in self improvement. New freedoms have given the country more slack than the culture is used to having, creating a market for various ills such as organized crime. Public sectors are currently underfunded giving more control to a few dozen powerful businesses. Job security, health care, and education, once guaranteed by the government, are now a luxury to most Russians. Russia, once a country possessing ideals for perfect equality, is now seeing an evergrowing gap between rich and poor. 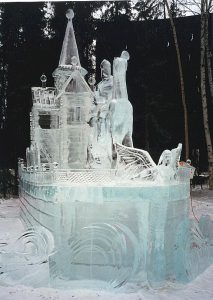 However despite these growing pains, the people of Russia have a resilient attitude. Most do not long for the past, but live in the present and strive toward the future. The country has much to offer to both its own people, as well as its visitors. Moscow, a busy metropolitan city as well as St. Petersburg, a city with an aristocratic air to it, offer so much history and culture that even the lengthiest visit will unlikely cover all of what these two cities alone have to offer. Though probably the most well known, Moscow and St. Petersburg are just the tip of the iceburg in this country whose size covers 11 different time zones. In addition to the numerous museums, libraries, and churches that one can visit, Russia also offers many other sites and activities. Including: the Millennium of Russia Monument in Novgorod, kayaking and hiking in vairous locations, bicycling throughout the cities of Moscow or St. Petersburg, cross-country and downhill skiing at Mt Elbrus, as well as many other adventures and expeditions.

Russian cuisine is of the tastiest and most original in the world. Few things can beat the original and healthy beet soup called Borsch, or steamed meat and rice wrapped in steamed cabbage (Galuptsi). Though these dishes may seem like a rather unusual combination of ingredients, people tend to agree that Russian food is delicious in its own right.

Whether you are curious about the impact of drastic political and economic changes, or you have a desire to explore a culture rich in history and appreciation for art, family, and political heritage, or you have an interest in visiting a country with many fun activities which are inherent to only the various climates offered on this land, Russia is an amazing country to explore.