Today we are going to learn about prefixes. Who knows what a prefix is?
Can anyone use biweekly in a sentence?

Calendars have many events that use the prefix bi-, which means “two.” For instance, the bicentennial of an institution or nation is a celebration commemorating “two”-hundred years of existence. Two words that are easily confused are biannual and biennial. A biannual event happens “two” times every year, whereas a biennial celebration happens once every “two” years. You can remember the difference because alphabetically the “a” of biannual comes before the “e” of biennial, and also happens first in time.
The English prefixes bi-, derived from Latin, and its Greek counterpart di- both mean “two.” These “two” prefixes are used commonly, especially bi-.

Yes, bipolar is another great example. Thanks a lot for that Nail. Glad you are dipping into the videos.
What does the bi- in bicycle mean? Bi means two. A bicycle has two wheels.
What do we call a plane that has two sets of wings? A biplane
Next one. How do we describe someone that speaks two languages? Hello. Bon jour. Bilingual.
Next one. Bigamy. Bigamy is a crime. What crime is it? Bigamy is being married to two people at the same time. And we call a person who commits bigamy a bigamist.
OK, what do you think binary means? It’s a system of numbers and it uses only zeros and ones, like the numbers used in computers
And next one, what do we call a creature with two feet? Biped.
As well as two, bi- can also mean twice, so if you hold meetings bi-weekly, you hold them twice a week. What if you hold them twice a year? Do you hold them biannually or biennially? It’s biannually. Twice a year. A biennial event happens once every two years.
Can you think of any more bi- words? Tell us in the comments. And click here for more prefixes and suffixes.

1. Bicolour: Having two different colours
2. Biennial: Happening every two years
3. Bifocals: Eyeglasses with lenses that have two different sections for seeing closeup and far away
4. Biweekly: Happening every two weeks
5. Bimonthly: Happening every two months
6. Biped: A two-footed creature
7. Biplane: An airplane with two pairs of wings
8. Bicuspid: A two-pointed teeth located in the side of jaw
9. Biannual: Happening twice every year
10. Bicameral: Having two parts/ two chambers
11. Bigamy: Crime of marrying one person while being legally married to another ; system of two marriages
12. Bifunctional: Having two functions
The Root Word Bi is used for a lot of common words that we use in our day to day life,
Root word ‘bi’ means ‘two’. It is a Latin Root word. Another root which means two is di, which is a Greek root word. So, the commonly used word Bicycle is a vehicle moving on two wheels. 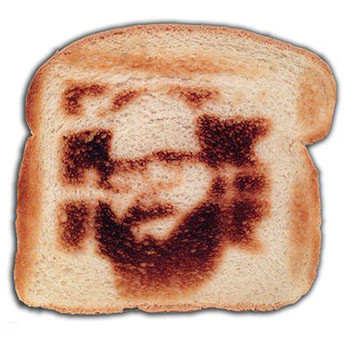 a temporary encampment with few facilities, as used by soldiers, mountaineers, etc verb -acs, -acking or -acked (intr) to make such an encampment

Perhaps bifurcation is an example? At least the mathematical sense given in Wiktionary,

Therefore by breaking down a complex word we can see that neuroblastoma literally means a tumour made up of immature nerve cells.
Medical Terminology Course