“The first step in getting a good night’s sleep is being in the right mindset. If you’re tired, relaxed and ready for sleep you will automatically fall asleep after 10 to 20 minutes. This is why doing something calming before bed will help prepare you for sleep.
“When you’re a child, you have much less on your mind and sleep comes easily. Sleep Stories are meant to take you back to a simpler mental state and let your brain relax and prepare for a deep rest, just as it did when you were young. There’s no reason we can’t all have a good night’s sleep… without medication.”

The man was so different. Elise often worried he was too different. Johann worked with his hands and had never been beyond the borders of the far away place far from anything. He knew things about the stars and the position of the sun. He knew about secret waterfalls in the heart of the deep woods and he showed them to her, let her drink that cool clean water from his rough, calloused hands. Elise worked with her mind and sometimes her heart. She knew about words and spent her days studying books. She spoke different languages and had traveled to lands across oceans and further even still. She longed to be closer to places where she could find bright lights and crowded streets and where once in a while she might see someone who looked like her. But Elise had a job to do and studies to complete. She would bide her time. Johann and Elise knew little of the same things but he knew how to touch her and how to press his lips to her neck and how to hold her as she slept and if all that mattered was the moments shared between them, they could have easily found a happily ever after.
Once upon a time in a far away place, far away from anything, there lived a man and a woman. His name was Johann and hers was Elise. Johann had white skin and Elise’s was brown. This didn’t matter in the beginning, but over time, it would, first in small ways, tiny little cracks, and then in ways they could no longer ignore. Johann first saw Elise in a smoke filled room, and decided he wanted her, wanted to know the taste of her brown skin, wanted to run his hands over the soft curves of her ample body. Elise didn’t believe him. She didn’t believe in fairy tales or herself or much of anything. Johann chased her and chased her and finally, she let him take her to dinner because she was hungry. Elise let him have a drink at her house because she was lonely. She let him touch her because she was another kind of hungry. She lay with him and enjoyed the meat of his body against hers, how his rough hands held her sweetly, how his lips brushed her shoulder. Johann brought her pleasure and she brought him pleasure and after, he lay next to her, breathing heavy. Elise thanked him. She told him to leave. He did so but vowed to return, ignoring her protests. 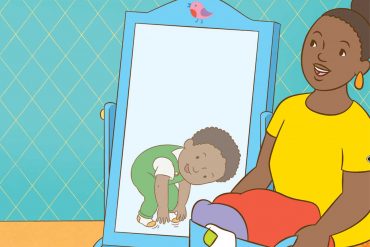 A new baby has come to play. Who could it be?
Trouble is a lot of trouble… but he’s a true friend!

Attributions:
Image and Footage by (https://pixabay.com)
Sound effects by (https:freesound.org)
Story begins at : 2:22 if you want to skip intro 🙂 I promise to leave out the intro next time. This vintage fairy tale bedtime story for adults! Best enjoyed using ear phones. This relaxing storytelling is narrated by a soothing female voice is produced for sleep and relaxation. This bedtime story can be used by grown ups at the end of the day to help relax and unwind before bed. Be lulled into deep relaxation and sleep as you listen to the classic story of Thumbelina by Hans Christian Andersen. Bedtime stories for adults can be very helpful for those long sleepless nights or for those who suffer from insomnia. WARNING: This is a vintage fairy tale and may contain violence and language that may be offensive in our modern day. Also, this version has no background music. If you prefer background music effects to help animate the story follow the link below:
https://youtu.be/9e7glzLIStw
For the best audio experience, earphones are highly recommended! Enjoy!
Wishing you all a peaceful night,
Joanne xo
#insomnia #sleep #relaxforawhile

Pause for dramatic effect — This is a fool proof way to create suspense, and have your listener eagerly waiting to hear what comes next.
Generation X: Tales for an Accelerated Culture by Douglas by Douglas Coupland – In this story by Douglas Coupland, which made the term “Generation X” popular, a group of three youths quit the jobs they hate to get a deeper perspective on the meaning of life. Told from the perspective of 20 year olds, this novel sheds light on what the young people of the time had to say about society, when their voices were often silenced. Read Generation X: Tales for an Accelerated Culture before bed to explore themes of reflection, irony, and the search for a greater meaning; topics gen Xers know all too well.